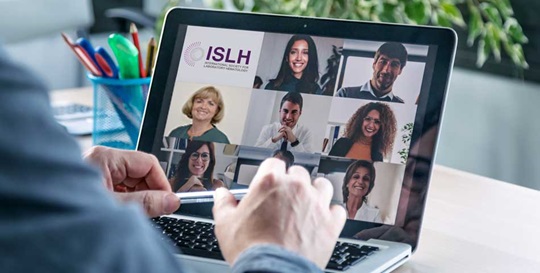 With the severity of sepsis symptoms, it’s easy to comprehend why it is invaluable to diagnose this disease properly and in a timely manner. Elena Sukhacheva, Ph.D., director of medical and scientific affairs, takes an in-depth look at diagnosing sepsis, namely the importance of doing so and the challenges that many physicians face.

What is the importance of diagnosing sepsis in its early stages?

Answer: Sepsis is one of the most deadly and costly medical conditions physicians and hospitals must face. In fact, statistics show that sepsis is the third leading cause of death in the U.S.1 Mortality rates for sepsis is extremely high—approximately 25-30%—with more individuals dying of sepsis than prostate cancer, breast cancer, and HIV combined.2,3 Hospitalizations due to sepsis cost the healthcare system more than any other condition in the U.S.4 with a total annual cost greater than $24 billion.5

According to data from the Healthcare Cost and Utilisation Project (HCUP), between 2000 and 2009, there was an increase both in the number of cases of sepsis and the costs associated with sepsis.6 With sepsis as their primary diagnosis, the mean length of a patient’s hospital stay was close to nine days in 2009, with an average cost per day of $2,300 and an average cost per entire stay at $18,500.6

Early detection of sepsis is critical, as a delay in antibiotic treatment has been documented to result in increased mortality, with a 7.6% increase in death for patients with severe sepsis and septic shock every hour antibiotic administration is delayed.7 Therefore, the earlier sepsis is recognized and the earlier the treatment starts, the better the outcome for the patient and the lower the expected cost that can be taken on by the healthcare system.

What are the challenges of diagnosing sepsis?

Answer: The main challenge of timely diagnosis is that sepsis may manifest in dramatically different ways. Sepsis may affect anyone. For example, a young patient acquiring an infection from an appendectomy, for whom a dysregulated immune response leads to organ failure and death. Or a patient undergoing aggressive cancer treatments, whose immune system is unable to fight infection due to immunosuppression. In both cases, the diagnosis would be “sepsis,” but symptoms in these two patients might look very different.

It is also important to mention that most (two-thirds) of patients diagnosed with sepsis enter the healthcare system through the emergency department. Therefore, it is imperative to ensure that efficient sepsis detection practices are used at this entry point. Symptoms are not always clear, so in practice, clinicians only order a test for sepsis when symptoms become more apparent in the patient and they are more obviously septic. This delay in the diagnosis and treatment for patients with an ambiguous presentation often results in a worse outcome.8

Answer: The Early Sepsis Indicator (ESId) is the only FDA-cleared hematologic biomarker that is available to be automatically reported as part of a complete blood count (CBC) with a differential test for adults entering through the emergency department. The new sepsis biomarker is available exclusively on the Beckman Coulter hematology analyzer, DxH 900. The parameter, Monocyte Distribution Width (MDW), is based on morphological changes in monocytes in response to infection. Since the Early Sepsis Indicator is included as part of a CBC-Diff analysis, it does not require additional blood to be drawn in a special order, and it is automatically reported for all adult patients. With this, ESId can be used by clinicians very early in the patient assessment and may help identify sepsis earlier.

How can someone further engage with this topic?

Answer: This virtual International Symposium on Technological Innovations in Laboratory Hematology (ISLH) workshop will include a presentation from Dr. Julian Chen-June Seak, Lin-Kou Medical Center, Chang Gung Memorial Hospital in Taiwan, who is a clinician in one of the busiest emergency departments in the world. He will share his experience with ESId and thoughts how this new biomarker can be incorporated practically in the patient’s assessment pathway. Then, a second speaker, Prof Chan-Jeoung Park from ASAN medical Center, Seoul, Korea, will share results of the ESId performance in their patient population, where a very high proportion of patients in the emergency department have malignant disorders. Both speakers will present the comparison between ESId and other biomarkers, like C-reactive protein and Procalcitonin. I think this workshop will be interesting for all laboratory experts who attend virtual ISLH.

We invite you to register for the ISLH 2020 Virtual Meeting from June 22 to September 25. Registration is free. Once registered, access the on-demand Beckman Coulter’s workshop to hear the latest news on Early Sepsis Indicator performance in real-life clinical settings at Lin-Kou Medical Center in Taiwan and ASAN Medical Center in Seoul, Korea. 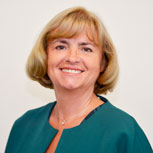