How 5S Events Helped One Laboratory Save 239 Hours a Year

What is 5S?
5S is a foundational principle of Lean management systems. The acronym 5S stands for: sort, set in order, shine, standardize and sustain.

In Lean manufacturing organizations, a 5S program is used to optimize the work environment. This is because cleaning the workplace and making items easy to find helps improve productivity over the long term.

The 5S relationship to continuous improvement
5S events are often misconstrued as simply work area cleaning or straightening exercises. However, 5S in a laboratory environment is actually meant to assist with the design of standard work that meets “necessary” quality and productivity measures.

5S can be easily associated with ISO and CAP requirements. However, before you can focus on the necessary, you have to remove the unnecessary from the environment. This leads to sorting, straightening and shining activities.

Engaging the Lean enterprise in 5S
5S is also a team engagement strategy. The team responsible for the work gather together to use the appropriate tools, then decide what’s needed to complete tasks on time and defect free.

This generates conversation around best practices and lays the groundwork for discussions pertaining to documentation of standardized best practices and their sustainment. Hospital teams in a laboratory moving to that point in their 5S journey are making headway toward becoming high performing. As high-performing teams, they are systematically defining and monitoring standard work to improve quality related to work sequence and processes.

This mindset and the associated behaviors lead to outcomes that are impactful and powerful. Think about how Lean a laboratory would be with engaged employees sharply focused on sustainment of standardized best practices. That’s why 5S is considered a foundational set of tools that assists organizations with Lean maturity development (see Figure 1). 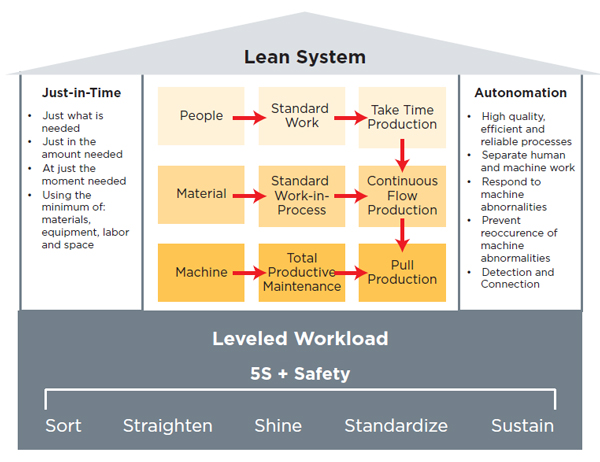 Figure 1. 5S + Safety is the foundation of a Lean system.

The Alamance laboratory needed to find ways to reduce waste and improve efficiency. To accomplish this, Alamance teams embarked on a thorough analysis of workplace organization issues. During the analysis, two sources of issues were frequently cited: sample flow and people flow.

Realizing there was an untapped opportunity to address both of those concerns, Alamance teams sought to improve flow through laboratory workstations. 5S events were the answer.

How Alamance used 5S to improve laboratory workflow
With help from our performance partnership consultants, the Alamance laboratory team members who most often worked at the workstation were engaged to conduct 5S events.

In addition to reinforcing the cultural value of team-based collaboration, the Alamance laboratory also experienced observable and quantifiable benefits from their 5S events.

Before and After: Sample-receiving Workstations

Figure 2. Before and after views of sample-receiving workstations show the effects of 5S. 5S “straighten and shine” activities reduced clutter. Organizing “necessary” items for best use (labeling, shadowing, rearranging according to use) put items in reach and help to ensure they stay in place over time.

Before and After: Cytology Workstation

Improved laboratory workflow
After completing 5S/continuous flow training, as well as completing the 5S sort, straighten and shine exercises, Alamance was able to:

Thinking About 5S for Your Lab?

5S is one tool among many that our performance partnership consultants recommend when designing a program targeted to the needs of your laboratory.

Read this customer success story to learn more about the transformational power of a laboratory-specific continuous improvement program.