Adverse clinical outcomes and higher costs correlate to delays in the timing of sepsis interventions during the early phases of the syndrome. Due to this correlation, novel protocols and biomarkers are being studied to improve detection time. A blinded, prospective cohort study conducted at three academic centers sought to validate the performance of monocyte distribution width (MDW)—which best revealed sepsis in an earlier feasibility study—for early sepsis detection in the emergency department (ED). The study compared the performance of MDW alone and in combination with white blood count (WBC), which is a commonly used clinical variable.

A total of 2,158 patients were enrolled in the study, of whom 385 met the diagnosis of Sepsis-2 while 243 displayed characteristics of Sepsis-3. A monocyte distribution width greater than 20.0 U distinguished sepsis from all other conditions based on either Sepsis-2 or Sepsis-3 criteria. The results of this study showed that MDW is effective for sepsis recognition during an initial emergency department visit and adds value to early sepsis detection.

Given that strong correlations between delayed treatment and higher mortality exist, improving early detection protocols is important for standardized sepsis care. The study exhibited how monocyte distribution width could enhance the clinical utility of the WBC and other SIRS (systemic inflammatory response syndrome) criteria for early sepsis detection in the ED. 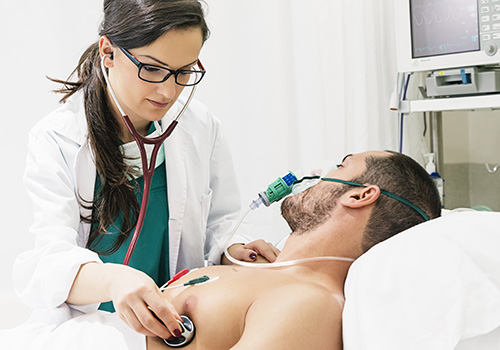 Discover how a multicenter study validated monocyte distribution width as a novel indicator for Sepsis-2 and Sepsis-3 in high-risk emergency department patients.

Referenced In This Article

The Science Behind Early Sepsis Indicator: Why Do Monocytes Matter?
Detect Sepsis Earlier,
Act with More Confidence
Find out about our new sepsis biomarker.
Explore now